“Having left school at 14 to work as a bellboy at The Mount Wilson Hotel, he later became employed as a mule driver, transporting astronomical equipment up to the famous observatory. Milton Humason then managed to become a janitor at the observatory, where he worked with Edwin Hubble. Humason asked another astronomer to teach him mathematics in his spare time. Gradually, he learned about the photographic equipment used by the astronomers for delving into the nature of the stars. He rose to the role of photographic assistant, then assistant astronomer. When Hubble discovered the existence of other galaxies beyond our Milky Way and the expansion of the universe, he was keen to assign some of the glory to Humason.

He’d been a lowly mule driver – he helped us know our place in the universe.” Uncommonhelp.me 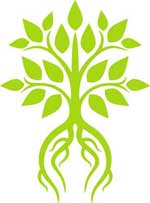 Let Pro-Active Communications guide you in the area of finding and putting back the magic into your life and business. For training that is fresh, funky and fun. Offering customised programmes that make a long-term difference in individuals, teams and cultures. Leadership training. Business skills. Cape Town.